The Port of Gdynia Authority S.A. completed further two investments of a total value of over PLN 131 million and with EU fund. of about PLN 69 million.

Home / The Port of Gdynia Authority S.A. completed further two investments of a total value of over PLN 131 million and with EU fund. of about PLN 69 million.

The Port of Gdynia Authority S.A. completed further two investments of a total value of over PLN 131 million and with EU fund. of about PLN 69 million.

This year the Port of Gdynia Authority S.A. successfully finalised as many as five important investment projects co-funded by the European Union under the Infrastructure and Environment Operational Programme.

The extension of the port infrastructure for handling ro-ro vessels and the reconstruction of the Swedish and Bulgarian Quays having been completed, on Monday 7 December this year the reconstruction of the Romanian Quay and the reconstruction of the intermodal railway terminal were officially closed. Located in the eastern part of the port in Basin V, the former investment included, inter alia, reconstruction of the Romanian Quay on a section of about 356 m and reconstruction of a section of the railway line of about 369 m. The works along the reconstructed section included dredging to a depth of 13.5 m, though its construction allows deepening the quay down to a target depth of 15.5 metres. Also the sewerage, storm water, water supply and power supply networks were all replaced. The latter investment is located at the back of the Hel Quay and in the western part of the Port of Gdynia intended for container reloading. The investment covered total reconstruction of the existing railway terminal that had been operated intensely since the beginning of the 1980s. The usable length of the loading and subcrane tracks was virtually doubled; now the tracks have a length of almost 700 metres. This will allow handling entire trains, eliminating the need to divide them, which will considerably reduce the handling time and will increase the handling capacity of the terminal up to 24 trains a day. Also the access roads and container handling yards were reconstructed. An especially vital aspect of that investment for residents of the neighbouring districts is the reduction of noise generated by trains and cars moving around the terminal. Upgrading the quality and efficiency of the terminal’s infrastructure will help increase railway transport, which will both reduce the adverse impact on the environment and mitigate road traffic risks. Both investments are meant to increase the handling capacity of the Port of Gdynia and its competitiveness in the Baltic Sea region, thereby helping to increase the share of green sea transport in total cargo transport. The projects serve to develop alternative transport branches (in relation to road transport) in the Baltic – Adriatic Transport Corridor of the TEN-T network by increasing the share of sea and railway transport. 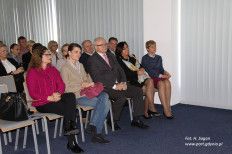 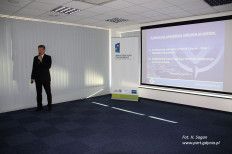 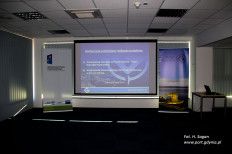 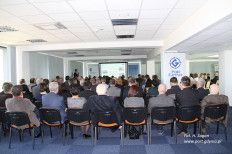 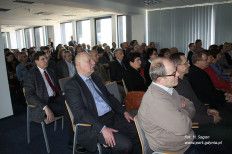 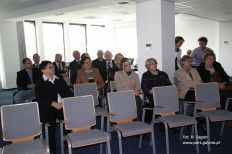 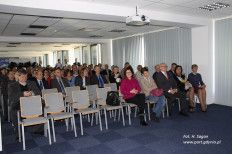