Next stage of the Public Ferry Terminal construction

Home / Next stage of the Public Ferry Terminal construction

Next stage of the Public Ferry Terminal construction

On Wednesday 16.09.2020, in the morning, on the construction site of the Public Ferry Terminal at the Port of Gdynia, concreting of the second section of the flyover leading to the upper inrun ramp of the ferry started.

For 20 hours, without a break, works were carried out using 2 large pumps, which, through 56 and 48-metre-long jibs, delivered 912 m3 of structural concrete to the supporting structure No. 1 of the flyover. A total of around 50 workers, working in 3 shifts, participated in these activities. The concrete was then levelled and the construction of the overpass was completed.

Insulation, surface and equipment installation works, including traffic safety features are ahead of the team of the general contractor of the terminal – Construction Corporation Doraco sp. z o.o. In hydrotechnical terms, the bottom is being reinforced, and works on the Ro-Ro ramp and the Polksie Quay are being continued. In the terminal building, internal finishing, installation, façade and roofing works will be carried out, while in the external area – the construction of road surfaces, fences, cable laying in a previously constructed cable duct.

The construction of the Terminal is the largest investment at the Port of Gdynia in  nearly 50 years. The investment will enable the reception of larger ferries of up to 240m in length and shorten the time needed for the ship’s arrival in the port. The terminal will provide two-level ferry transport services on one ferry station and passenger traffic services through a gallery connecting the terminal building with the ferry station. Direct access to the intermodal rail terminal will enable the handling of intermodal cargo. The new ferry terminal will be connected to the international transport system through Polska Street and Janka Wiśniewskiego Street, Kwiatkowskiego Route and Tri-City Ring Road and A1 Motorway.

The new ferry terminal will be one of the most modern facilities of its kind in the Baltic Sea basin. It will be located close to the city centre. The investment meets the Green Port idea by eliminating environmental pollution. This is possible thaks to supplying electricity to the ferries during the berth through special devices allowing for drawing electricity directly from the land.

This technology enables engines and generators to be switched off during berths.

“We are counting on new, larger ships to be powered in an increasingly ecological way, using LNG fuel for example. We are fully prepared to service this type of ships,”  comments Adam Meller, President of the Port of Gdynia Authority S.A.

The terminal itself will be equipped with modern devices, prepared especially for the Port of Gdynia, allowing for the adaptation of ramps and passenger gallery to different sizes and types of ships, which will significantly facilitate the entry and exit of passengers on foot and in wheeled vehicles.

The project is being carried out on the basis of EU funds and own resources of the Port of Gdynia Authority S.A. The project is planned to be completed in the middle of next year. 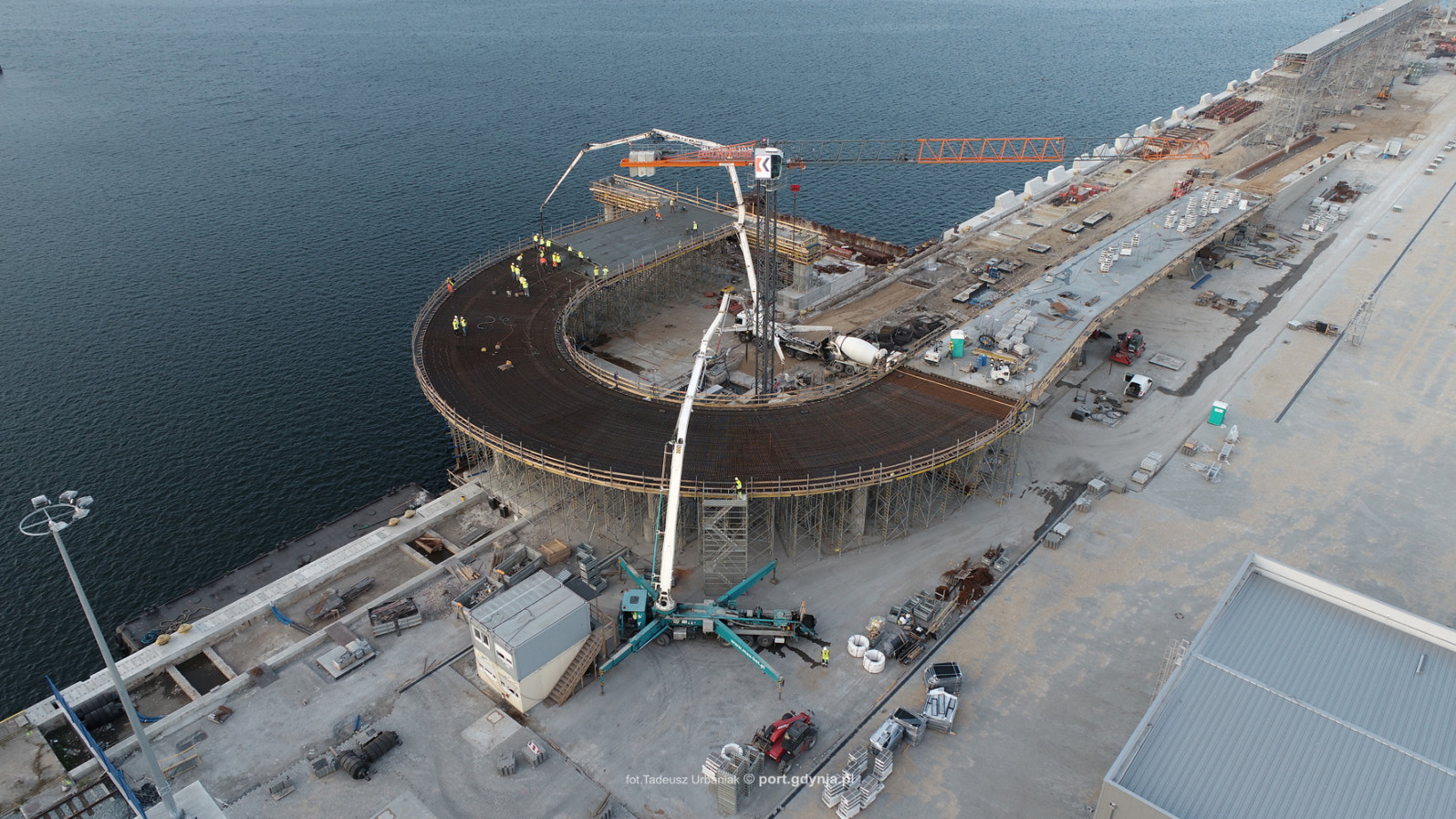