Norweskie Quay at the Port of Gdynia to be reconstructed

Home / Norweskie Quay at the Port of Gdynia to be reconstructed

Norweskie Quay at the Port of Gdynia to be reconstructed

Deepening of the port basins, a new turntable and rebuilding of the quays are the key elements of the development of the port of Gdynia. In the case of the Norweskie Quay, the works will be performed along the entire length of 200 meters. The investment will consist in extending the palisade by 4 meters towards the water, with a reinforced concrete top, equipped with mooring and bumper devices and rescue ladders. The palisade will have an openwork structure, which will allow for partial extinguishing of the waving in the port channel.

“We adjust the quality of infrastructure to the growing expectations of the market. Through investments, the competitive position of the port in the Baltic Sea basin improves. The reconstruction of quays will also contribute to the improvement of navigation parameters, thus enabling larger ships enter our Port, call and be serviced,” says Adam Meller, President of the Board of ZMPG S.A.

In order to increase the navigational safety of ships and maintain the appropriate width of the canal, it is also necessary to widen the internal entrance to reach a width of 140 m and to rebuild the Northern Spur in the area of the War Port and the Port Quay with a wave guard. At the same time, the Maritime Office in Gdynia is carrying out dredging works on the port access fairway.

The reconstruction of the Norweskie Quay will contribute to the improvement of the navigation parameters of the port itself and increase the competitiveness of maritime transport. After the completion of the investment, much larger ships will be able to call at the port, with a maximum length of up to 400 m, width of up to 58 m and maximum draught of up to 15 m (the current maximum draught is 13 m and length of 340 m).

“The deepening of the port basins in the area of Basins III, IV and V together with the expansion of the turntable is directly connected with the reconstruction of the internal port entrance. At the same time, these investments force the execution of works connected with securing the port quays: Norweskie, Słowackie, Włoskie and Indyjskie and strengthening of the bottom along the Bułgarskie quay,” adds Jacek Sadaj , Vice-President of the Gdynia Port Authority S.A. The works carried out will not interfere with the functioning of the port. 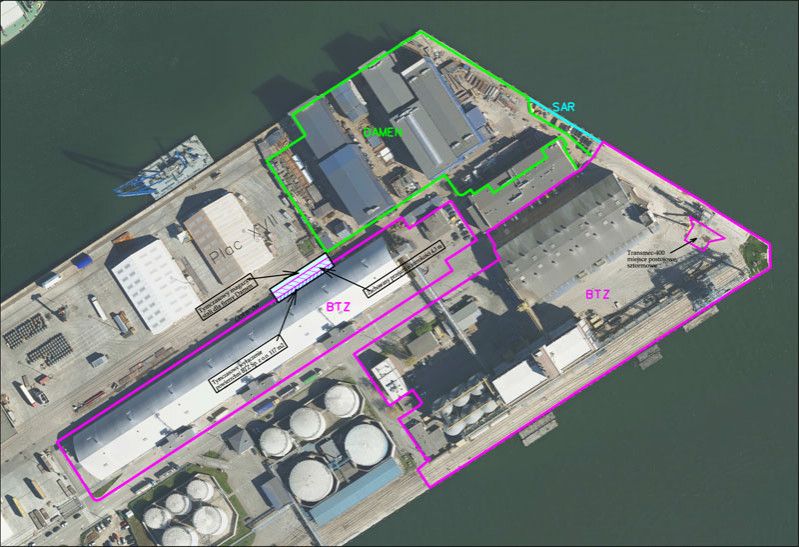